Let’s just take a minute to think
about all those dead soldiers
killed by all those other soldiers.

I knew this lucky soldier once.
He lived through his war and
he never talked about it at all.

I bet he used to think about it, though.

When his war was over, all he did was
drive around in a truck, delivering stuff
like baby food and bags of grass seed. 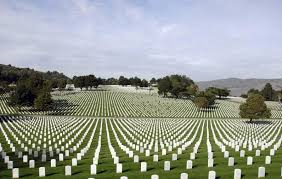 I guess the war will never end.
Like it or not, we’re all veterans.
Let’s just think it over.