Accomplished poet Philippe Shils has recently published a marvelous collection of poems called hey hey pretty baby about being the father of a child with disabilities, his daughter, Lucia.  The chapbook (21 poems) was originally published in e-form at right hand pointing, and an extended version (containing ten additional poems) is now available in paperback from Lulu.com  In either pixels or print, it’s a great read.

I’d never been asked to write a jacket blurb before and was honored when the publishers approached me to do so. I wrote:

Almost no good poems of this sort exist, either because the subject matter inhibits good writing, or because the writing does not clearly (or accurately, or lovingly) capture the simultaneously simple yet complex subject.  Phil Shils’ work does all of that.  As a writer whose working life is filled with people like Phil’s beloved Lucia, I can only hope to write about them even half as well as he does. 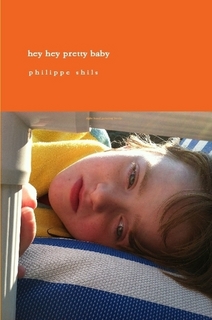